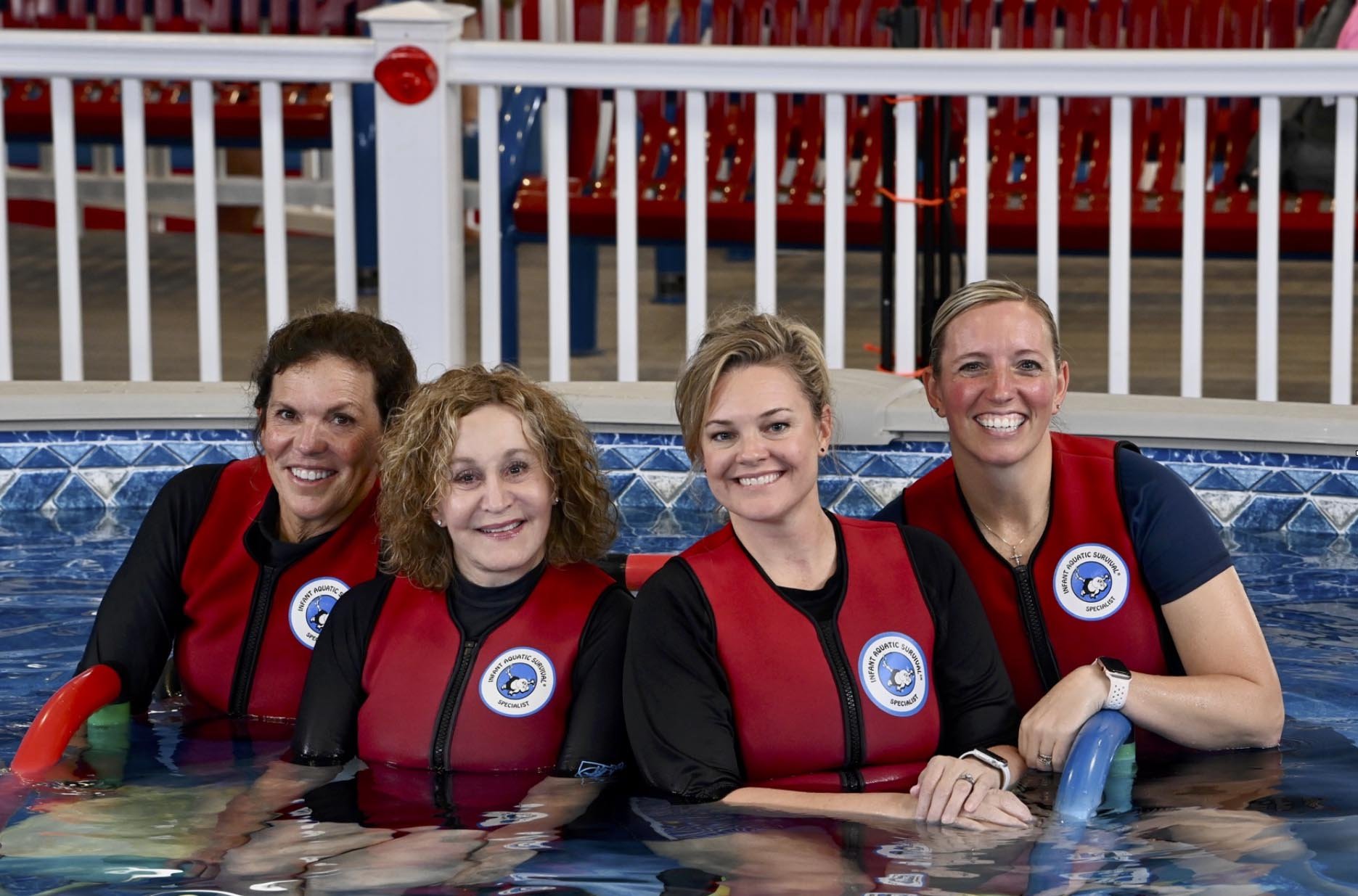 Danai Cole has always loved the water and began assisting Infant Aquatics instructor Brandie Russell with maintenance lessons several years ago. She knew early on that she wanted to be part of Infant Aquatics and this decision was confirmed after visiting Swim Float Swim! in 2020. She returned to Ready Set Float! in August, fully certified to teach aquatic survival.

Terry Brown grew up swimming competitively and later coached high school swimming and water polo. After 10 years as a Certified Physical Therapist, she opened her own fitness center which operated for 25 years. Her desire to prevent aquatic tragedy led her to Infant Aquatics. She completed her training with Judy Heumann in August, and is excited to be able to teach the children on the Central Coast of California to be safe and confident in the water.