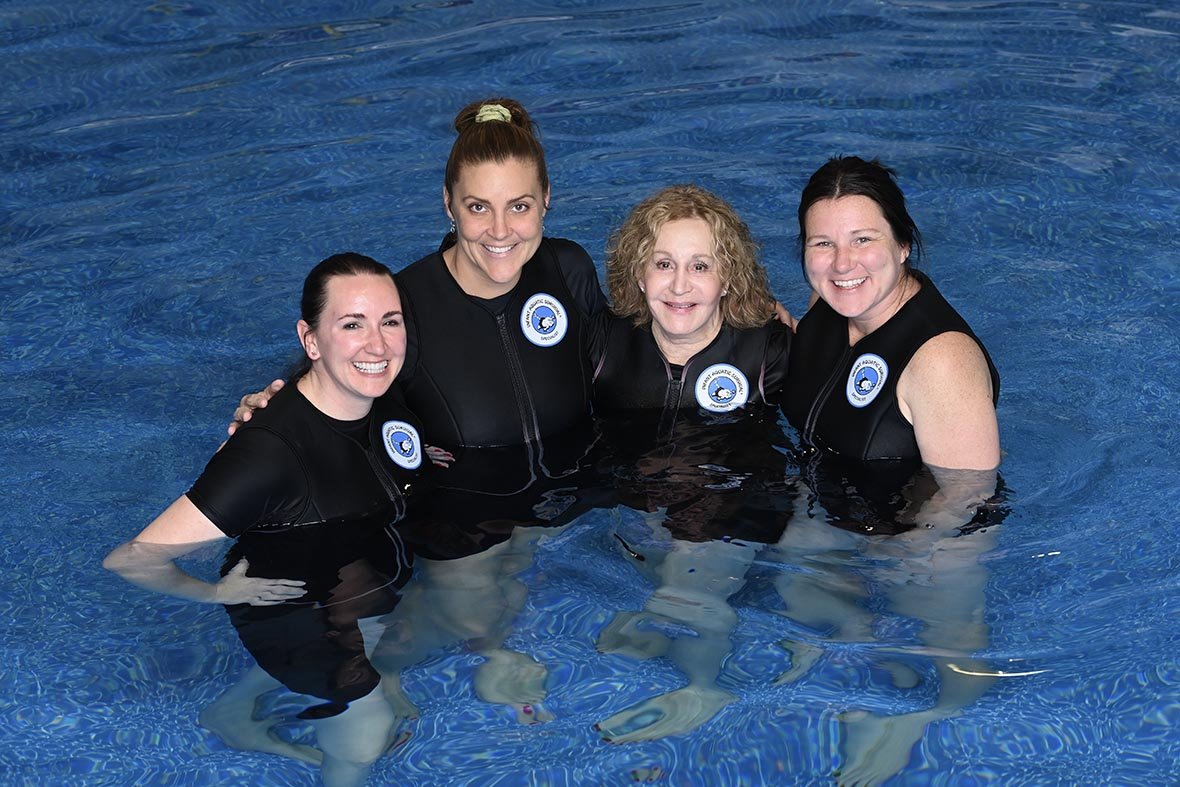 2022 finished with a flurry of activity in our pools with the addition of 5 new instructors, including our fifth instructor from Australia. We also welcomed instructors from Texas, Ohio, Rhode Island and New York. 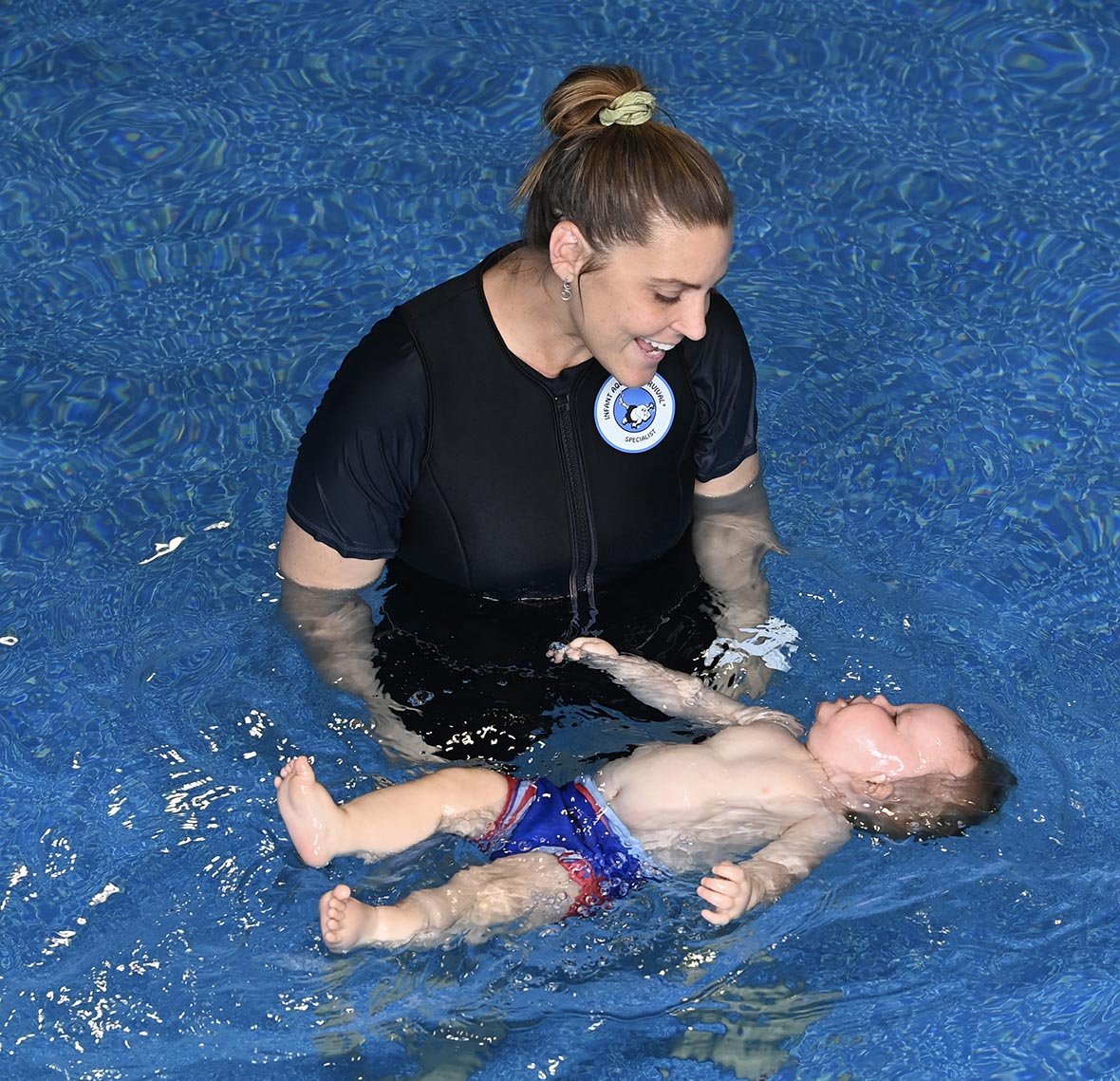 Stacy Williams, is an American who has lived overseas for nearly 20 years. Her BS degree in Exercise Physiology provided her with the opportunity to explore a vast range of sport and fitness related careers around the world. She has called Perth, Western Australia home since 2010. Over a decade ago, her young children were enrolled in traditional swim lessons as she was unaware of any opportunities to learn survival swim in her country. Years later she watched an Infant Aquatics instructor’s self-rescue lessons and then joined her in the pool to progress these little swimmers along. She became fascinated with the Swim Float Swim! method and once the international travel ban in Australia was lifted after COVID, she left her family to travel overseas for 6 weeks of hands-on training with Judy Heumann. She returned home and introduced Rebel Turtles Infant Aquatics to her swim school in Perth.

Ashley Fails is a born and raised Texan who currently resides in Midland. A mom of three, she loves sports and has worked as a Park Ranger, where she patrolled the park and enforced safety. This is when she realized the danger that water posed to toddlers. This inspired her to join the Infant Aquatics team whose mission is to keep children safer around the water and prevent the tragedy of drowning. Ashley trained in Colorado with Judy Heumann and is excited to offer lessons through Little Rangers Infant Aquatics in Midland.

Dolly Funk is a Midwest girl through and through. Born in Indianapolis, she has lived in Chicago, and Cleveland and currently resides in Columbus, Ohio. Dolly holds a bachelor’s degree in health science and an MBA specializing in healthcare administration. After 18 years in skilled healthcare, and working through a global pandemic, she decided it was time for a career change. She was enthralled watching her toddler go through survival swim lessons and learn critical life-saving skills in such a short time. She knew immediately that becoming an Infant Aquatics instructor was the right path for her. She traveled to Colorado to train with Judy Heumann and returned home to provide lessons in Dublin and Cleveland, Ohio and Indianapolis, Indiana through Scioto Infant Aquatics. 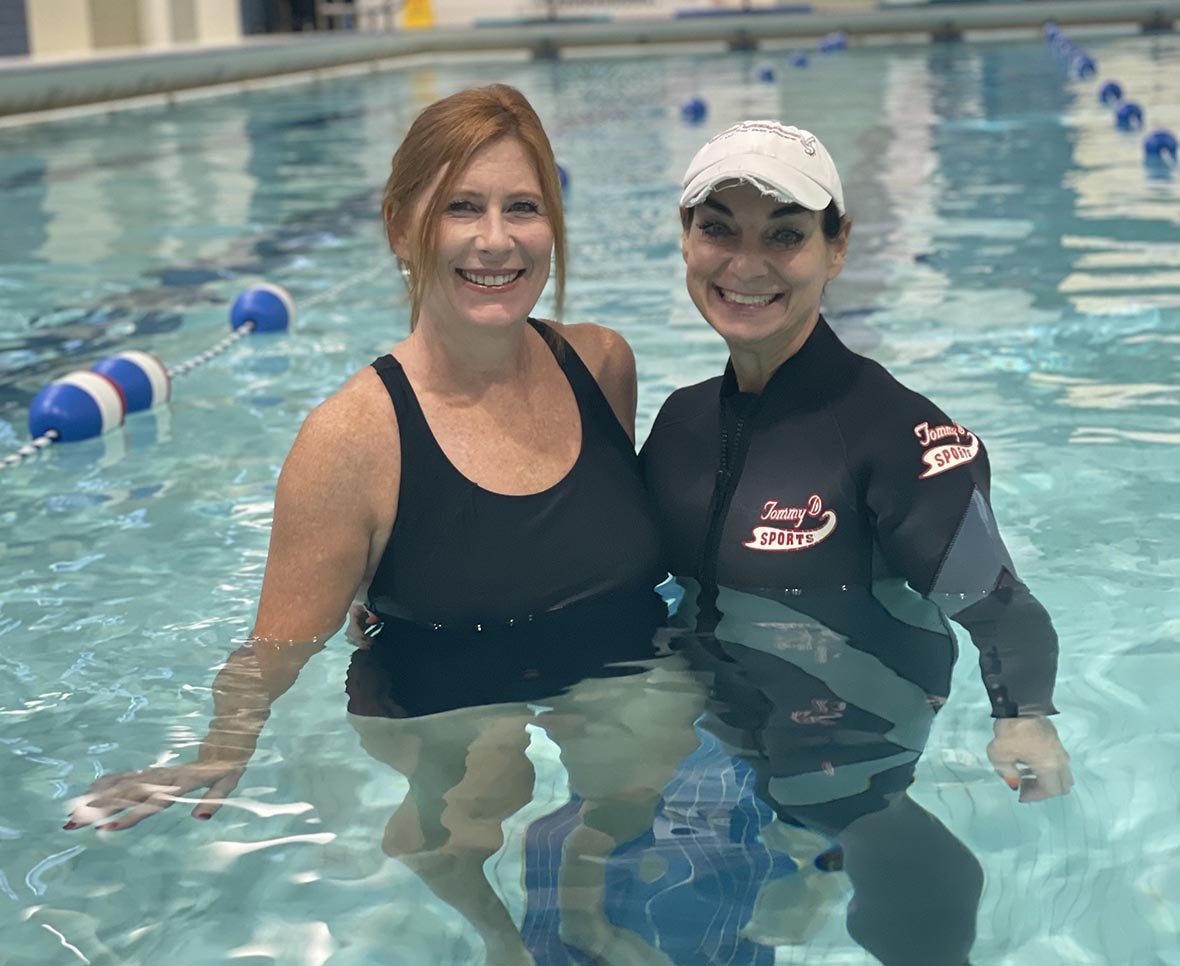 Jennifer Hoskins from North Kingston, Rhode Island, is passionate about teaching children and education families. Her passion led her to open Alphabet Soup, Inc. a pediatric therapy clinic treating children with special needs as a speech and language pathologist. She has had considerable experience working with children who have survived near drowning accidents and has witnessed first-hand the long-lasting and devastating effects these events have on the children and their families. After installing a small indoor therapy pool at her facility, she wanted to find a way to be able to be proactive in preventing drowning events and the devastation that follows. Her 6 week training with Dena Blum-Rothman in Connecticut has given her the skills needed to teach the Swim Float Swim program using Infant Aquatics’ comprehensive methods to develop and progress infants and toddlers into skilled swimmers.
See Jennifer's profile 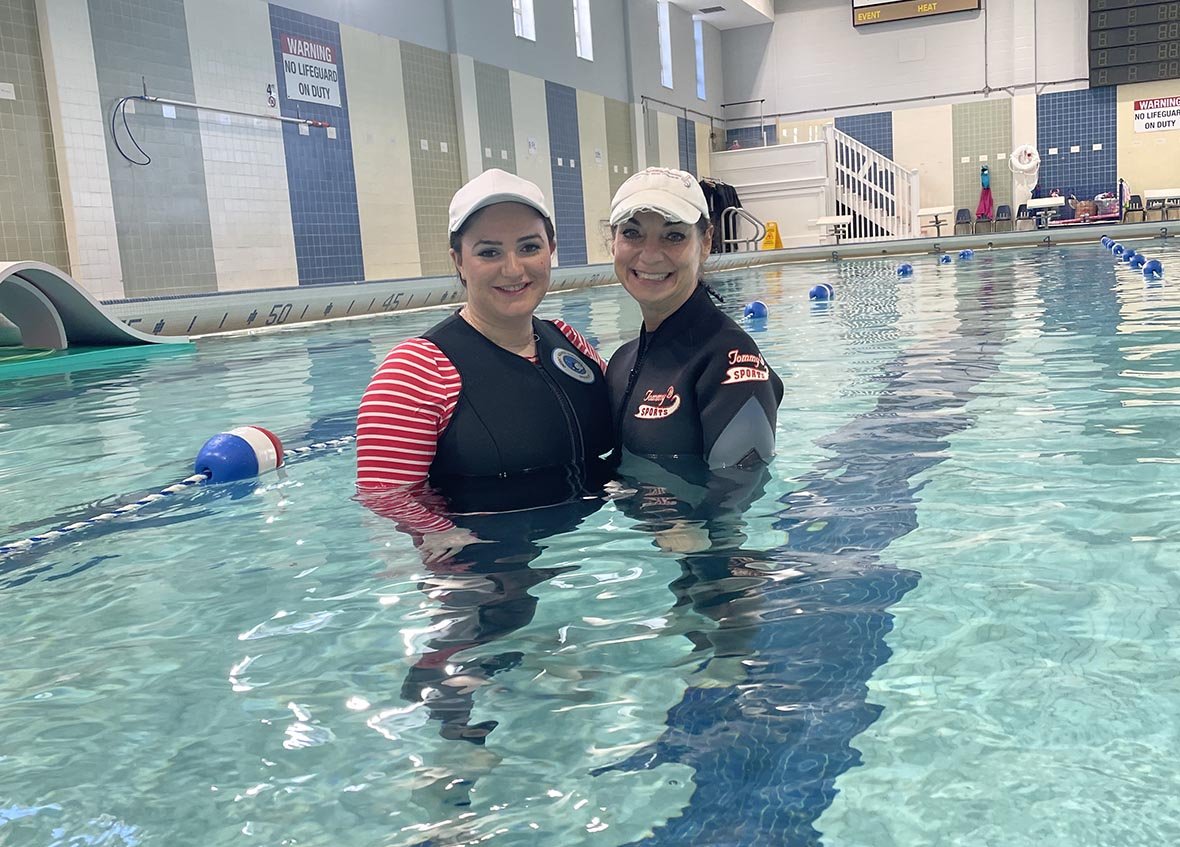 Chaya Goldstein from Monsey, New York, has always loved the water and as a teenager was a certified Red Cross lifeguard who also taught swimming classes. She never knew what infants and toddlers were capable of learning until she observed her sister’s children taking Infant Aquatics lessons. Watching the transition of her niece and nephew in just 6 weeks made her decide to become an Infant Aquatics instructor. She traveled to Connecticut to train with Dena Blum-Rothman this fall and is excited to have started her new business, Little Swimmers Infant Aquatics.
See Chaya's profile