Use the form below to search for your Infant Aquatic Survival℠ Specialist! Search by state, company name, instructor name, or zip code. 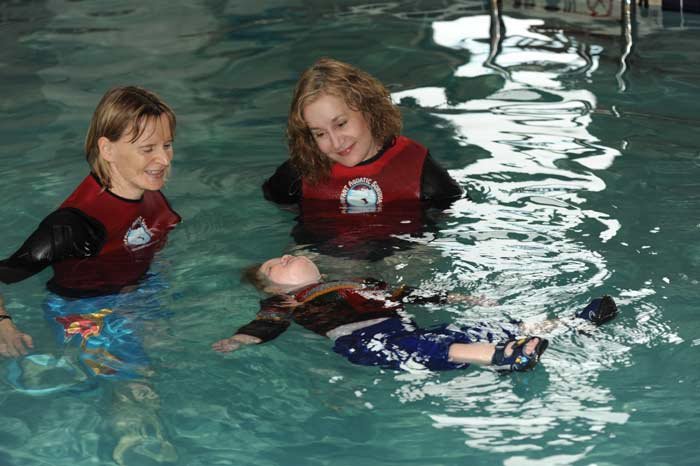 The new year started off with Judy training Steffi Saul-Ketzler, a mother of two from the central coast of California. Steffi came for a pre-training visit in December, and returned in January for the intensive 6-week in water/academic study course. Steffi, a research biologist, decided to train after learning of the drowning of a neighbor's two year old in their back yard pool. By becoming an Infant Aquatics instructor, Steffi hopes to be able to prevent future tragedies from occuring. We are excited to have Steffi join us and bring Infant Aquatics to California.

We now have an instructor in Monterrey , Mexico. Ana Cardenas is a woman of many talents. A former graphic designer, she decided that teaching swimming was for her after seeing a video of a child performing a swim/ float/ swim, then attended the same type lesson with her best friend in Dallas Texas. Watching her friend's son learn to float on his back cinched the decision for Ana. She came to Dallas and is now teaching the children of Monterrey to do the same swim/float/swim she had seen on the internet. The name of Ana's business is ENAI or Escuala de Natacion y Autorescate Infantil. Look for her website at www.enai.com.mx.