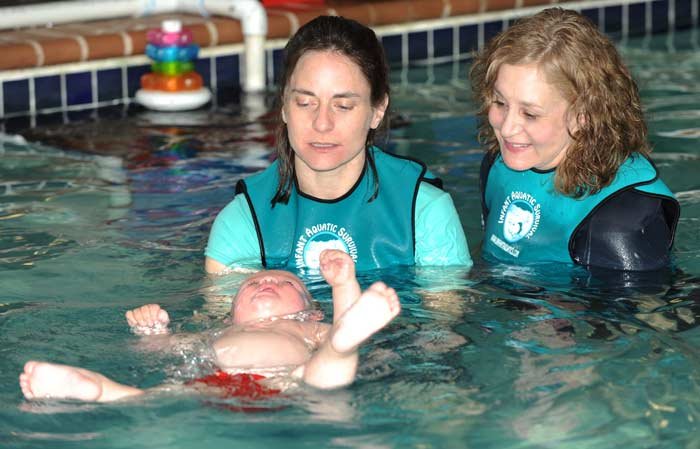 Angela Difronzo completed her training with Judy Heumann and is excited to be bringing her skills as an Infant Aquatics drowning prevention specialist to Bozeman, Montana. After 10 years working as a mechanical engineer sending Rovers to Mars and telescopes to look for planets, Angela Difronzo moved from Colorado to be closer to family. With the move came a career change from physcial scientist to behavioral scientist. She is the mother of Paige (6) and Ethan (2). Both Paige and Ethan began Infant Aquatics lessons as babies. Ethan (2.5) is an enthusiastic swim-float-swimmer, and Paige (6) is a member of the local swim team.

Jodi Beard is proud to be joining the Infant Aquatics team. Jodi discovered Infant Aquatics while researching swim lessons for her two sons. She was struck by the difference in philosophy and results achieved by Infant Aquatics compared to other swim programs. Jodi is excited to be able to provide lifesaving skills to families in her community of Rome, Georgia.